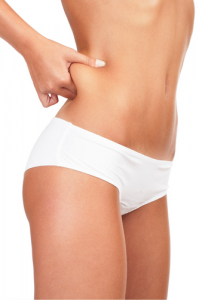 Considering all of the options, surgery remains the gold standard for fat removal. Liposuction is one of the most common surgical procedures performed today. The procedure as initially conceived, was fairly straightforward. The fat was simply removed by passing a large cannula attached to a vacuum device through the tissue. This evolved into what is known today as tumescent liposuction which was, and still is, the gold standard. There are a wide array of devices currently in use, many of which have come and gone. These devices were intended to streamline the process and improve the outcome. Reports have shown that it is the skill of the surgeon, not the device used, that has the greatest effect on the result.

All options involve some type of tumescent fluid. This fluid helps to reduce bleeding (bruising) and provides a platform to remove the fat more gently and consistently. Over the years the cannula diameter has become smaller yielding less trauma to the tissue and multiple tip configurations have become available to assist in the procedure.

Power assisted liposuction (PAL) uses a cannula that vibrates. This back and forth movement at the tip permits more efficient removal of the fat, resulting in less bruising and swelling and a faster recovery as well as less physician fatigue.

Laser or sound energy can also be used to liquefy the fat which is then sucked out with the cannula. This is a 2 stage process that melts some of the fat, and generates heat. The proponents of laser lipolysis (i.e. Smart Lipo) and ultrasonic lipolysis (i.e. Vaser) suggest that the heat generated will help to improve lax skin. The opponents of these techniques are concerned that these devices generate heat creating internal burns that are destructive and create scar tissue that can be difficult to correct.

The newest surgical devices on the market are water based, and use pulsed water/saline to mechanically separate the fat followed by aspiration to remove it. These systems are intended to make fat removal easier and minimize blood loss as well as reduce the amount of tumescent fluid used. The systems are more cumbersome than the other techniques, and have additional costs associated with the disposable supplies. These costs are passed on the the patient increasing the overall cost.

One of the newest concepts of liposuction, called SAFE Liposuction, was developed by Dr Simeon Hall. The acronym SAFE stands for Suction, Aspiration and Fat Equalization. It uses both fat removal and fat grafting to achieve optimal results.

Ultimately, it is the skill of a plastic surgeon and his/her experience with the technology used that dictate the outcome. Final appearances are the result of not only what is removed, but what is left behind. Proper patient selection, technique and delivery all play roles in creating a high level of satisfaction with this procedure.

Our New Jersey liposuction and body contouring experts are here to help you learn along the way. Schedule your consultation with Doctor Bev now to see if liposuction is right for you.

Dr. Friedlander became a plastic surgeon to make a real difference in the lives of her patients. She started her practice in New Jersey three decades ago, and still treats some of her very first patients to this day! Experience the difference that comes from working with a true plastic surgery professional who cares about your results by scheduling your consultation with Dr. Bev.